MORE THAN 40 YEARS RECYCLING WITH RESPONSIBILITY.

RECIPLAST is a company that focuses its main activity in the recovery, recycling, and dyeing extrusion of thermoplastic materials in addition to plastic parts manufacturing and marketing of virgin raw materials.

Since 1978, RECIPLAST got underway as recycling industry, plastic and waste plastic end manager has made ​​a sustained effort in innovation and development of new technologies in order to increase performance and reduce energy expenditure.

WE CARE FOR THE ENVIRONMENT

To achieve this goal, the company is undertaking various activities to environmental level at which its activity is focused, introducing a water-purification tailored to your needs and reusing 100% in the process.

We use renewable energy

The benefit provided by the environment RECIPLAST not limited to sewage disposal, renewable energy in the process is also included, eliminating the emission of CO2 into the atmosphere.

When dealing with plastic waste environmental circle making them close to make available to the industry for the manufacture of other products, such as agricultural, water pipes, packaging, construction etc. 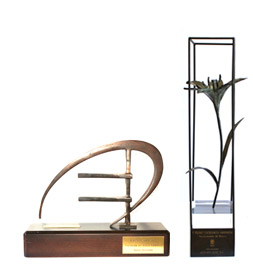 RECIPLAST as a reward for his career and efforts to adapt to new environmental requirements has been awarded the Environmental Excellence Awards Ia and hydro efficiency  granting the city of Murcia.

A WAY TO MAKE EUROPE

Reciplast has developed the project “Development of new formulations of bioplastics and application in injected elements”, which has allowed us to generate an exclusive series of biodegradable materials to be used in various applications of plasticulture.

This project has been co-financed by the ERDF within the Order of April 20, 2015 (BORM No. 95, of April 27, 2015), which approved the regulatory bases and the call for 2015 for the aid of the Institute of Promotion of the Region of Murcia aimed at companies aimed at promoting research and development.

Do you need information?

Request information without obligation about our products

You can find out more about which cookies we are using or switch them off in settings.

This website uses cookies so that we can provide you with the best user experience possible. Cookie information is stored in your browser and performs functions such as recognising you when you return to our website and helping our team to understand which sections of the website you find most interesting and useful.

Strictly Necessary Cookie should be enabled at all times so that we can save your preferences for cookie settings.

If you disable this cookie, we will not be able to save your preferences. This means that every time you visit this website you will need to enable or disable cookies again.